How can I know if the toilet at home is leaking, what should I do if it leaks, how to solve it, let GO Jiaju tell everyone

How to know if the toilet tank is leaking

1. There is an obvious dripping sound inside to determine that the toilet is leaking.

2. More insidious water leakage can be checked by the following method: red ink is dripped into the toilet tank, after mixing, see if there is red water flowing out of the toilet outlet, if there is any leakage, otherwise it means no leakage.

â‘  Inferior material: Some manufacturers blindly reduce production costs. The use of inferior materials causes the inlet valve, the drain valve and the inlet pipe to crack during injection molding, resulting in sealing failure. The water in the water tank flows into the toilet through the overflow valve of the drain valve, causing a long running water'.

â‘¡ Excessive pursuit of miniaturization of toilet tank accessories, resulting in insufficient buoyancy of the float (or float), when the water floats the float (or float), the inlet valve cannot be closed, and the water flows into the tank continuously. Water leaking from the overflow pipe into the toilet. This phenomenon is particularly noticeable when the tap water pressure is high.

â‘¢ Improper design: The mechanism of toilet tank accessories will interfere with each other during operation, resulting in water leakage. For example, when the water tank releases water, the floating ball and the floating ball rod will affect the normal reset of the flap and cause water leakage. In addition, the float rod is too long and the float is too large, causing friction with the wall of the water tank, affecting the free lift of the float, and causing the seal to fail and leak water.

â‘£ The differential pressure inlet valve is not equipped with a filter, and impurities in the water are very easy to block the small hole of the sealing ring of the toilet tank, so that the inlet valve cannot be closed and the seal fails.

â‘  The material of the toilet tank should be in accordance with the relevant material requirements in the standard of JC707-1997 "Toilet Low Water Tank Fittings", that is, the plastic materials should meet the requirements of GB12670, GB12671 and GB12672 respectively.

â‘¢ Due to the different sizes of toilet water tanks, when designing the water tank accessories, it is necessary to give full consideration to the free movement of each mechanism after installation, so as not to interfere with each other.

â‘£ Add a filter to the inlet valve.

â‘¤ The material of the valve cover of the drain valve should be selected properly, the production should be fine, and the protection during the packaging and transportation should be strengthened to avoid deformation.

â‘¥ The valve body of the drain valve can be formed at one time, and the structure that can not be formed at one time is preferably assembled with threads and water-resistant adhesives; the lift inlet valve must have at least double sealing rings to ensure its sealing performance.

Food Additives are substances added to food to preserve flavor or enhance its taste and appearance.
Ethyl maltol is a kind of safety and non-poisonous,less dosage with good efficacy food additives, widely used in food, beverage, flavor and fragrance, fruit wine, tobacco etc, to improve the sweet taste.Specially used in dessert to improve the sweet taste. And it can also extend the storage life of the food.
Methyl cyclopentene is a broad spectrum of food flavoring agent. With nuts like walnuts and maple trees and
fragrant incense materials, it can be used for modulation flavor with aroma synergies. It is used in coffee, cocoa, chocolate, nuts, maple syrup, caramel and other food flavors deployment. As a tobacco flavor, can improve the tobacco flavor, improve the grade of tobacco leaf and tobacco quality, and serve as modifiers and moderator. Widely used in walnuts and other nuts, syrup, sugar, rum, caramel, Scotland cream, spices, soup, wine, ice cream, cakes, candy, drinks, grilled food culture, Tang, meat and other foods. Can also be used in detergents, cosmetics and other products 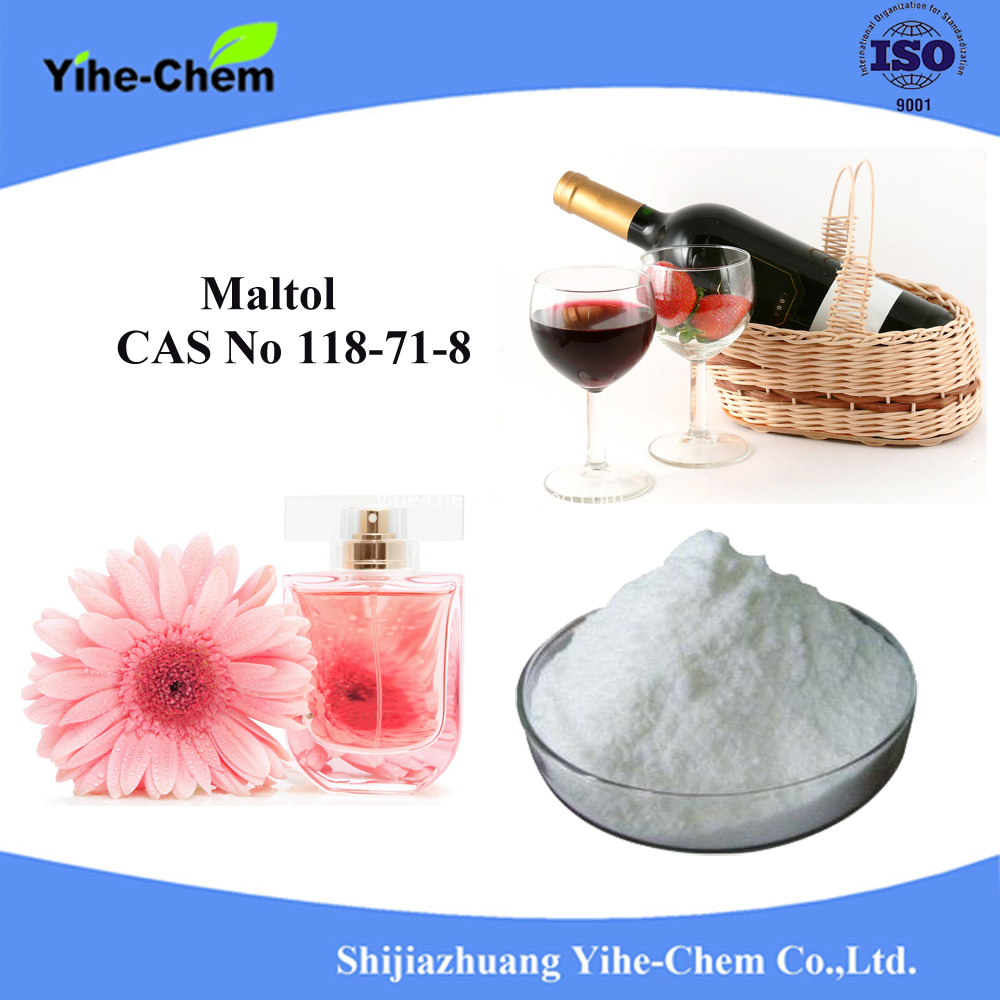